William is a designer from Oregon. He received his master in architecture degree with distinction from the Harvard Graduate School of Design and his bachelor of architecture degree from the University of Oregon. In his ongoing work, William experiments with the ways Architecture can take on expanded agencies with environmental and cultural issues in physical form. He has been a guest critic at the Harvard Graduate School of Design, Cornell University, Madrid IE School of Architecture, Wentworth Institute of Technology, University of Miami, California College of the Arts, and University of Oregon.

William was the runner-up in last year's Rotch Competition, so he was automatically entered into the finals this year. He was not required to submit materials for the 2022 preliminary competition.

All images courtesy of William Smith

The Forum — the veranda

“This is the oppressor’s language, yet I need it to talk to you.” - Adrienne Rich

In “Choosing the Margin as a Space of Radical Openness”, bell hooks cites the poet Adrienne Rich to demonstrate that “language is also a place of struggle” [1].

Architecture as a language can be understood as a place of struggle. The Eurocentric typology of a Roman forum, proposed as the disciplinary basis for an institute in bell hooks’ name, invites subversion towards an alternative politics.

If the Roman forum was organized around consumerism, with stoa sized for merchants, a bell hooks forum would organize around porches, sized for people and conversations.

If the Roman forum was built by empire, of lavish materials and complex structure, a bell hooks forum would be built by community from materials at hand.

A forum for bell hooks would be more like how she describes a veranda:

“A democratic meeting place … containing folks from various walks of life ... a liminal space, standing between the house and the world…a threshold. Crossing it opened up the possibility of change” [2]. 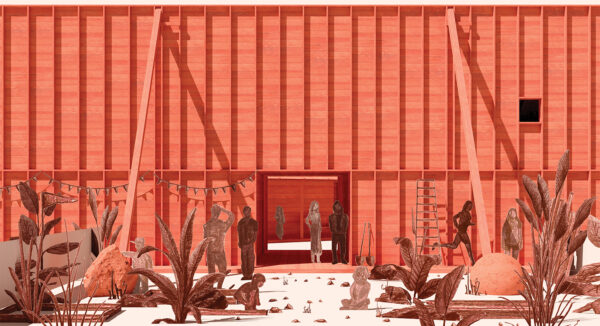 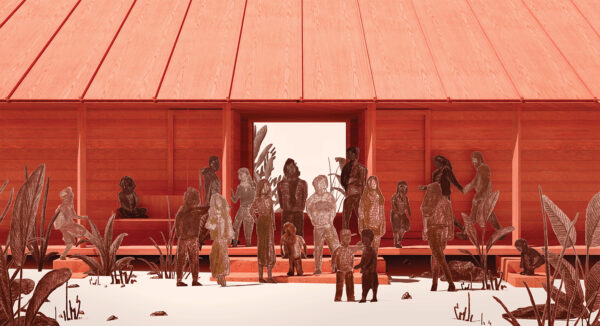