Photos by author unless otherwise specified.

Boston is a city rich in history, but amidst a treasure trove of stories, those of Bostonians who were less privileged are often overlooked.

This happens for many reasons— discrimination, misinformation, and a lack of documentation are just a few.

Joan Ilacqua is keenly aware of these determining factors. Ilacqua is the Executive Director—and sole staff member—at The History Project, a Boston-based nonprofit with a mission of documenting and archiving materials related to LGBTQ history in New England.

When working to shape Boston's future through its built environment, it's important to have knowledge of the city's past. Accordingly, BSA staff recently had the opportunity to attend a presentation given by Ilacqua about the organization’s work and Boston's LGBTQ history.

“We study historical figures to make the claim that queer people have always been part of Boston’s history,” Ilacqua told staff.

The History Project has received grants from the city to continue this work, and has also earned recognition in the form of an award from the Boston Preservation Alliance for Stonewall50, a hybrid exhibit that used digital and physical means to mark important locations for queer history around the city.

Throughout the presentation, Ilacqua introduced staff to the colorful and fascinating stories of individuals who engaged in relationships, made choices, and participated in activist movements that championed the right to live meaningful lives without centering cisgender and heterosexual norms.

Ilacqua is fond of telling the story of people like Edmonia Lewis (1844–1907), a Black woman and sculptor who suffered discrimination in Boston and apprenticed under Edward Brackett. A close friend of lesbian actress Charlotte Cushman, she eventually migrated to Rome and lived with other women in a “lesbian colony.” 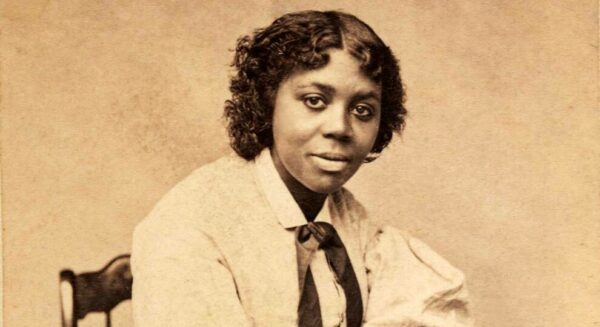 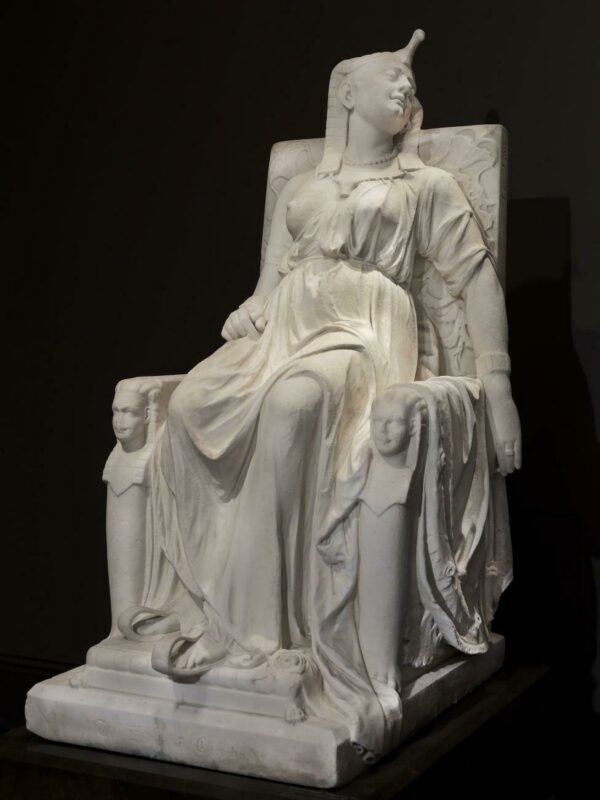 "The Death of Cleopatra," by Edmonia Lewis (Smithsonian Museum.)

While Lewis carried on friendships with many lesbians, nothing exists to tell us about her own relationships; she left behind no writings. This illustrates the difficulty of unearthing LGBTQ histories.

“Often the stories that are easiest to find and easiest to tell are those of white people— privileged white people who had the leeway to live openly, eccentrically, and flamboyantly,” Ilacqua said.

The History Project is also focused on recording “history as it happens.” Building relationships with other organizations helps to do this work. The goal now, said Ilacqua, is to “give people the opportunity to tell their own story in their own words” so future generations aren't forced to go “digging” for these histories.

“Right now there are a lot of legislative attacks on queer youth and attempts to ban books from public libraries and schools,” Ilacqua told staff, “which illustrates the need to make it as easy as possible for people to learn more about queer people and history.”

The BSA's partnership with the History Project continued with a walking tour given by Ilacqua and hosted in conjunction with the LGBTQ Network. The tour served as the first in-person event for the BSA Knowledge Community, which was formed right before the COVID-19 pandemic struck in 2020.

Ilacqua led attendees around Boston Common, recognizing it as a site of countless celebrations, gatherings, and protests over the years, including Boston's first Gay Pride March in 1971. At the State House, the first stop on the tour, Ilacqua spoke about the 2004 Massachusetts Supreme Court decision to legalize gay marriage in the state, a ruling that brought hope and joy to countless couples.

"This tour always grows with us as we do work, and now feels like a grim time for gay rights. But there have always been people working to ensure these rights, and I hope that'll continue," Ilacqua told attendees as the group stood in front of the steps leading from the Common to the State House.

Attendees also visited Beacon Hill, one of Boston’s first prominent “gayborhoods,” and the 54th State Monument. Throughout, they learned about people like George Middleton, who shared his home with the man who would inherit all his possessions upon his death, and Ethel Kimball, a notorious grifter who was raised as a woman but appears to have lived parts of their life as a man.

The tour ended with a reception at BSA Space, where attendees had the chance to explore the Now What?! exhibition.

(View more photos from the tour.)

A new home for queer history in Boston

The History Project is seeking to move from its office of 20 years in the Back Bay to a new space in Boston that is accessible to the queer community. Those who have any leads or resources to share to help the organization find a new home are asked to reach out to [email protected].

Want to help another way? Volunteers are always needed to help with the archives, event planning and outreach, and development and grantwriting. Learn more on the History Project's website.

The History Project's archive is available to explore online.