When did you first become interested in architecture as a possible career?

Growing up in Madison, Wisconsin, I lived near the University of Wisconsin Arboretum in a modest, hilly, and densely wooded neighborhood developed in the 1960s. Several of my neighbors were architects who had designed their own homes. I was able to spend time in and around these homes over the years and they each made a huge impression on me, one by one. All were clearly different than most other homes I had seen. Each seemed specifically suited to the land they were nestled into – and each seemed to be organized with a different set of rules. This captured my imagination at a very early age, and made it easy to imagine myself pursuing the career.

If you could give the you of 10 years ago advice, what would it be?

Who or what deserves credit for your success?

Any success I’ve had can be attributed to being fortunate enough to have spent many years working alongside a great mentor and an incredibly talented bench of teammates. This is in combination with my family, who’ve taught me that our time on this earth may be short, so we should be sure to spend it like it matters; that it’s okay to do what you do simply because it fulfills you and you believe in it; and that recognition is a bonus, not the aim nor the end.

Has your career taken you anywhere you didn’t expect?

I spent my early years at Hacin + Associates working on retail boutiques and getting to work in cities like London, Paris and Los Angeles. More recently my career has taken me to Jackson Hole, Wyoming, where I’ve spent a good amount of time working over the past few years. I would have never expected to find myself in the lucky position of being able to take ski runs in between construction meetings.

Granite Ridge Chalet is a ski-in ski-out contemporary mountain home located within the Jackson Hole resort area. The chalet draws inspiration from traditions of mountain architecture native to both Western and Alpine cultures and was designed to blend seamlessly with the environment.

Which one of your current projects excites you the most?

We are just about to start design work on a project in Jamaica Plain near the Arnold Arboretum, which will be a combination of renovation/adaptive reuse and a new mass timber building—all on an incredible piece of land immediately adjacent the Emerald Necklace. It’s a rare opportunity with extraordinary potential.

What do you hope to contribute from your work?

I hope to contribute to the creation of buildings that age well, perform well, meaningfully enhance the public realm, and reinforce (or establish) a sense of place.

What do you see as the largest barrier to equity in your profession?

Exposure. If you’re not directly exposed to architecture or practicing architects and designers at some point while growing up, it’s much less likely you will explore those career paths. Kids from all socioeconomic backgrounds have routine, relatable exposure to careers in industries such as medicine, education, and law enforcement. As for architecture and design? I’m willing to bet that it’s not even remotely close.

The Factory Lofts is a mixed-use project in Boston’s South End. Located at 46 Wareham Street within the South End Landmark District protection area, the project includes a new brick façade that reinterprets an existing three-story, 19th-century brick warehouse that originally occupied the site; a new, three-story metal-clad addition rises above the brick base building to a height of 87 feet.

What is the most effective step you’ve taken in your work toward a more sustainable built environment?

For private residential projects, the most effective step is establishing sustainability as a high-level design goal at the very beginning of the conceptual design process. If it’s pushed off until later design phases, it’s much harder to realize a holistically integrated approach or to get buy-in from clients and other stakeholders.

How has design improved your daily life?

My wife/colleague Christine and I have been patiently restoring a small, mid-century modern home that we bought a few years ago. Designed by architects John Davies and Robert Wolf in 1963, the conceptual goal for the design was clear: maximize connection to the outdoors through use of large wall-to-wall windows with carefully framed views from deep, projecting hoods. The idea is simple, but the result never gets old. There isn’t a day that passes where I don’t appreciate the careful thought that the architects (and the original homeowners, Barbara and Harvey Pastan) put into the design and detailing of this unique house. We feel very fortunate to be the current stewards.

Who do you most enjoy partnering with on a project?

Any client who has a clear understanding of their design problem, but doesn’t yet have a vision for what the solution could be.

Four51 Marlborough introduces a contemporary residential building into the fabric of Boston’s Back Bay neighborhood. The project reinforces the character and texture of historic Marlborough Street through its use of materials found throughout the neighborhood, including brick, precast limestone, and black steel.

What architectural buzzword would you kill?

Where do you find inspiration?

Often from a design problem’s most challenging constraints.

What are you reading right now?

I’m re-reading Lost Horizon by James Hilton, the story of a small group of passengers in 1931 whose plane is hijacked after departing India and taken deep into the Tibetan mountains. Soon after landing, they discover that a small Lamasery called Shangri-La exists within the Himalayas where a group of people has lived in immortality for the past 300 years. 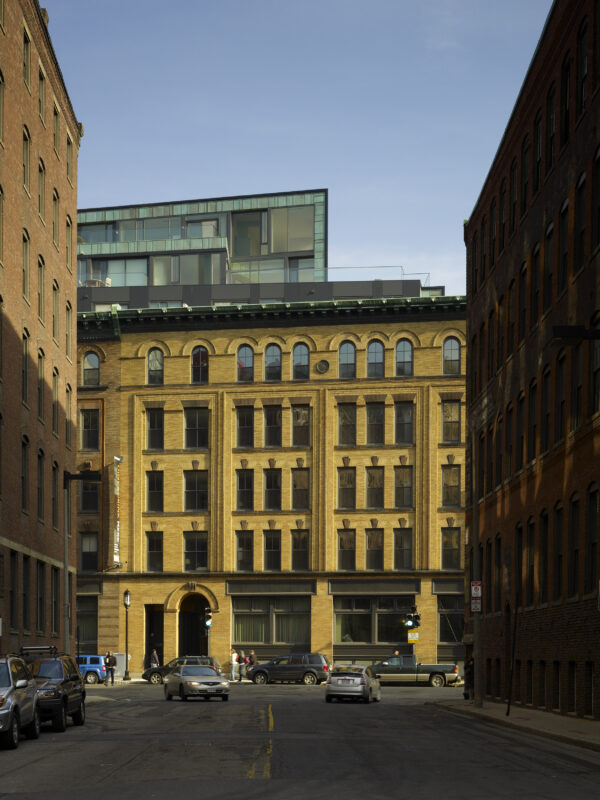 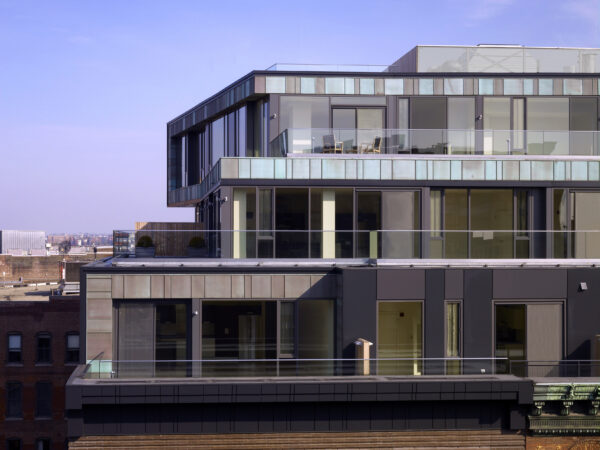 What would you like to see change about Boston’s built environment?

If you could sum up your outlook on life in a bumper sticker, what would it say?