Now What?! Exhibition Opens & a Call for Nominations

by Maaha Rafique and Maia Erslev

Now What?! at BSA Space

We are excited to announce that the exhibition Now What?! Advocacy, Activism & Alliances in American Architecture since 1968 is now open at BSA Space!

Now What?! is a traveling exhibition highlighting the role architects and designers have played in advancing equity and civil rights within and beyond the architecture profession. In welcoming this exhibition to Boston, the BSA is partnering with ArchiteXX, an organization which promotes gender equity in architecture.

After traveling to 11 cities in three countries since 2018, Boston will be the final stop for the exhibition, which has been especially designed and expanded to include local history and voices. This exhibition seeks to celebrate those in our community who have used architecture and design as a means to address racism and injustice in our city.

"We had gone through many iterations of what this exhibition should be ... but the heart of it was realizing that as we were doing our own historical research, that so much of the work we were doing was built on primary resources that had never really been compiled into any kind of formal history before," said Sarah Rafson.

Rafson is part of the group of four women who curated the exhibition. She is the Curator of Public Programs at Carnegie Mellon University School of Architecture, where she was the 2017-18 Ann Kalla Professor and continues to teach.

The exhibition features a resource library and reading nook.

The exhibition has four curators: Rafson, Lori Brown FAIA, Andrea J. Merrett PhD and Roberta Washington FAIA. Along with other activists and academics, they collaborated to piece together a timeline of activism in architecture.

"I think our themes speak to the future, raising questions and a critique of what has happened as a way to prompt and suggest different futures moving forward. It enables both a backwards look and also a forwardness to what we hope people will walk away with," said Brown, who is a professor and the Director of Diversity, Equity and Inclusion at the Syracuse University School of Architecture in Syracuse, NY.

A feminist academic, Brown sought to relate the exhibition's content to ArchiteXX's mission by highlighting women's contributions to architecture. The exhibition was born just as the Black Lives Matter movement was gaining ground, another factor which significantly influenced its tone and content. 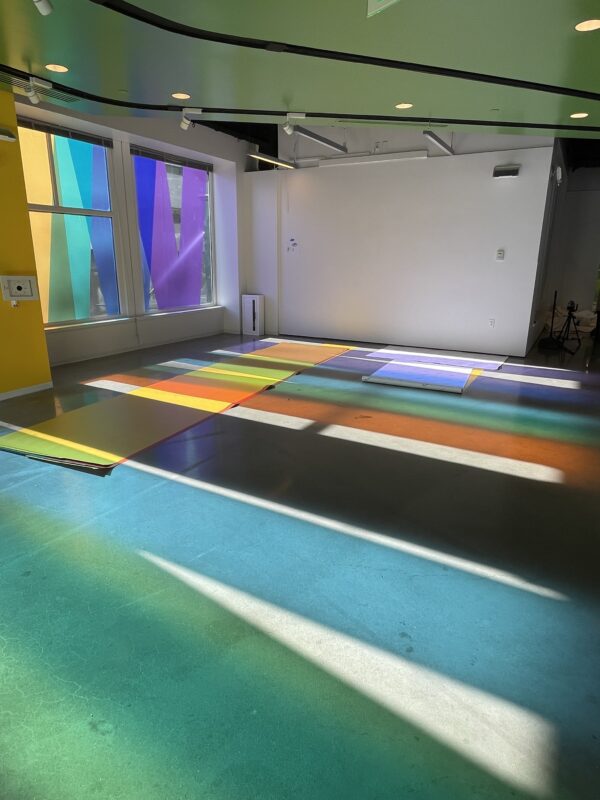 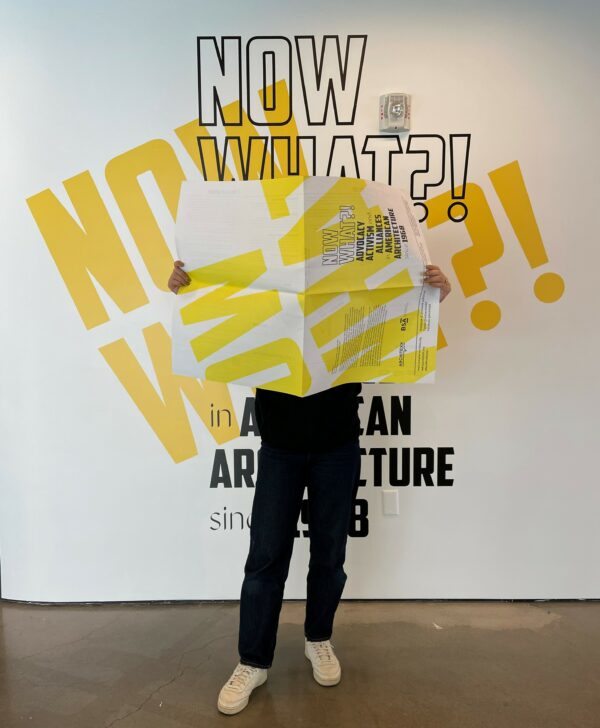 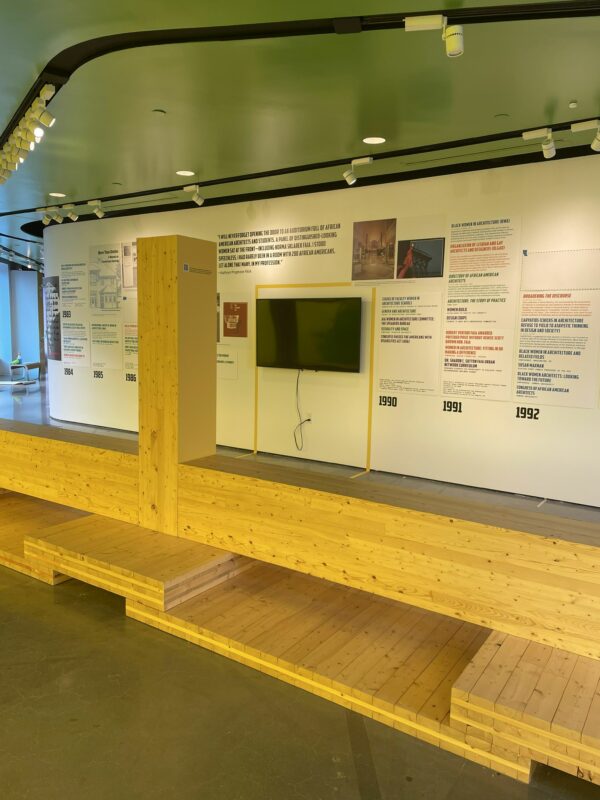 Incorporated in the exhibition is a quote from civil rights leader Whitney Young Jr., who at the 1968 American Institute of Architects national convention accused the architectural profession of abstaining from responding to the political and social movements of the time, decrying its "thunderous silence."

You are not a profession that has distinguished itself by your social and civic contributions to the cause of civil rights... You are most distinguished by your thunderous silence.

"We're trying to respond to his scathing critique, which remains incredibly relevant," said Brown. "The discipline has a lot to do, but I think what we've been able to illustrate is that there are facets [within the profession] that are responding, that are diversifying, and that are engaging with other constituencies."

"The hope is that more and more of this can happen moving forward, and it becomes more mainstream and less marginal within the discipline," she added.

The exhibition curators are issuing a call for nominations for Boston Changemakers whose work has had or is having a lasting impact and is using the power of design to foster change in and through the built environment.

"We really don't know everything there is to know about Boston’s activist history, like the organizations that may have come and gone, or the history of organizations that are still active today. So, with that in mind, we’re giving people the opportunity to nominate themselves or nominate others, and we've left it intentionally wide-ranging," said Rafson.

"It's challenging who's producing knowledge, and how we understand and categorize value more substantially within the discipline," added Brown. "So we're providing a space and platform for anyone to contribute and create content. I think it's a really democratizing way to generate really important content that will have historical implications moving forward."

The ever-changing wall of Boston Changemakers.

"It's challenging who's producing knowledge, and how we understand and categorize value more substantially within the discipline," added Brown. "So we're providing a space and platform for anyone to contribute and create content. I think it's a really democratizing way to generate really important content that will have historical implications moving forward."

The curators are hoping that going forward, the exhibition will emphasize to those both within and outside the profession that there is a role for architecture and design in activism. A forthcoming book will compile exhibition content and serve as a teaching tool that will aim to supplement design curricula across the world.

Also in the works for the exhibition's time at the BSA is more programming, which the curators consider to be "integral" to the exhibition and its potential to convene people in fruitful and fun ways.

"These are histories that, if they have been told, have been told in silos, along the notions of gender, race, et cetera," said Rafson. "By having everything together, can we create new alliances? Can we create more interconnected and intersectional conversations? We see that as the key to moving forward, together."

This Boston iteration of the exhibition was specially designed and expanded by Jessie Rubenstein (Marks + Spaces) and Mary Yang (Open Rehearsal). Now What?! will be on view at BSA Space until September 30, 2022.

Fill out this form to nominate a person, project, or organization in the Greater Boston architecture and design community for the NowWhat?! exhibition. Selected nominees will be highlighted on an 11x17” sheet on the gallery wall alongside a constellation of over 40 local change-makers.

Nominations will be accepted on a rolling basis and the exhibition will be periodically updated through August 28, 2022.