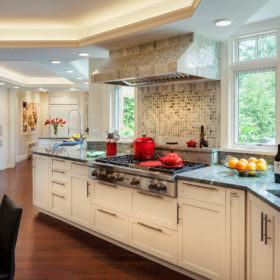 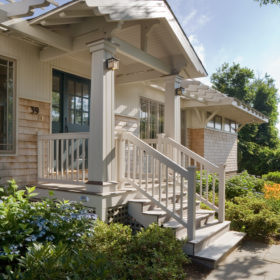 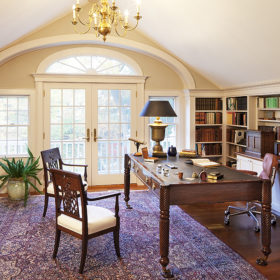 The wide-ranging expertise of Torrey Architecture spans from the design and construction of new commercial structures to the preservation and rehabilitation of historic buildings. At Torrey Architecture we enjoy working with clients who share our interest in finding innovative design solutions for new construction, renovations and additions. We especially enjoy adapting existing structures to modern technologies in energy conservation, communication and life safety.

Each job presents a unique challenge. For property owners, commercial tenants and stewards of community facilities we provide a range of customized services to guide our clients through the entire design process from concept sketches through building occupancy. We begin by working with you to clarify your goals and then proceed from schematic designs through engineering, cost control, construction documents, contractor selection, permitting, construction and building maintenance

“You have amplified the best features of our building and transformed the rest without losing its essential character and spirit,” paraphrases comments made of our completed projects. This is attributable to our design philosophy which seeks to understand the best intentions of the original designer while overlaying today’s aspirations and respectfully but artfully implementing progressive change that is sustainable for the generations of tomorrow. Our practice seeks always to maintain and strengthen existing structures for the long haul by specifying renewable and durable materials, by maximizing insulation within a tight building envelope and by installing efficient equipment to maximize comfort while minimizing the building’s carbon footprint. In the big picture, the recycling of entire buildings is the “greenest” act of all.

"We contracted with Torrey Architecture to design and oversee a renovation and updating of our 120 year old Victorian house. David Torrey personally worked with us throughout the 6 month process, from the initial design plans through contractor search and hiring, construction and eventual project completion.

David’s designs and architectural plans were thoughtful, detail oriented and beautiful. His team was responsive to feedback from us as well as feedback from our general contractor. David’s overall supervision of the construction process was invaluable, as he paid attention to the smallest details both in design and in construction. He often spotted small discrepancies during construction and was able to make sure that the contractor’s team could correct them quickly.

We are thrilled with the renovation and redesign of one of the units of our home. David paid homage to the original architectural details of our home, updated and made the best use of light to make our space a spectacular home. We would recommend Torrey Architecture without reservation, and we look forward to working with him on future projects."
—Client

"Mr. Torrey offered advice on the possibilities for the property when we first considered buying it almost two years before renovations were completed. As prospective owners we had definite, if vague in the execution, notions of bringing more sunlight into the house, updating the kitchen, forming a master bedroom suite, updating utilities and abating the lead paint. We were attracted by the eclectic style of the circa 1915 house. After purchasing the property and soliciting a general contractor, we learned that it was a minor architectural gem. It is the only known surviving structure designed by academic architect Paul Valenti, who sought to fuse Frank Lloyd Wright Prairie Mission modernism with his native Italian Renaissance forms. Later joining the faculty of Washington University of St. Louis, Valenti was a favorite professor there and influence on Charles Eames, the famous mid-twentieth century designer.

During the 18 months from initial conceptualization to project completion, David Torrey introduced a number of creative elements. These include a floating marble staircase landing; nine new windows and harmonious external appearance of the front wall; extension of the master staircase into the basement; a full finished basement on a shoestring budget; a marvelous master bathroom; an efficiently designed kitchen in a restricted space featuring a granite peninsula atop a paneled pedestal; a second floor reconfiguration of rooms, hallway and side staircase landing; coffered ceilings on the first floor, a period tile bathroom on the third floor; and five spectacular fireplace surrounds in stone, tile and fine woods.

The list goes on, but our point is that David developed a unified vision for the house incorporating our desires, and subtly and tactfully introduced these ideas to sometimes truculent owners. He has been as creative in design solutions as he has been persistent in seeing them built. We have learned not to be fooled by David's personable and pleasant demeanor. In matters of architecture he is inspired, innovative and tenacious.

David Torrey captured the quirky spirit of the house. The additions and updates flow seamlessly with the antique. He interfaced productively with the general contractor and incorporated several of their good ideas. The house is now a showpiece, doubtless exceeding its original form, but fully realizing its gestalt. Paul Valenti’s ghost would be pleased. Well done, David!"
—Client

"I recommend Torrey Architecture Inc. for three reasons: amazing vision, impeccable project refinement, and detailed project oversight. For a home that needed an architectural solution for better aesthetics and better use of space, David Torrey quickly sketched a vision for the space that was a perfect solution -- and one that I could never have imagined, myself. Following detailed measurements of the entire house (even the rooms that did not require reconfiguration), he then refined the essential concept into exquisite drawings that considered every possible detail. It was exciting to open each email as the work progressed. David conducted detailed interviews with two contractors. During the course of the project, when I was onsite most days, the project manager, electrician, framers, and plumbers all commented numerous times on how complete and easy to follow the drawings were. Plus, David was consistently available by telephone throughout the project. We had few questions as the project progressed, but when we did, David provided thoughtful and thorough answers. He was completely engaged. As a result of David's work and that of the GC, the project was finished ahead of schedule and on budget. It was by far the smoothest and most fun home renovation I've ever done. In addition, Torrey Architecture submits very detailed and timely billing, which effectively gave me a complete record of the project. I wholeheartedly recommend Torrey Architecture. I consider David Torrey a superb architect in every way."
—Client 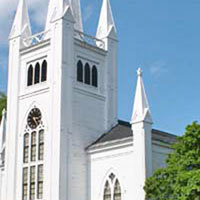 Designing your next home to the Passive House standard maximizes comfort, healthy indoor air, durability, and energy efficiency, while minimizing your carbon footprint. Passive House level energy performance is the result of 1) thoughtful design, 2) a super-insulated building envelope, 3) high efficiency systems, and 4) renewable energy, prioritized in that order, and all working together as a system.

Public and private environmental organizations are working to reduce energy use and associated C02 emissions by creating incentives for owners and builders to electrify their homes. Electrification allows homes to be powered by solar or wind, or via a grid powered by 100% renewable resources.

Are you renovating or adding on to your home sweet home, or building your dream home? Make energy efficiency a part of your project from the start.