The three-decker is a unique symbol of Boston and its diverse neighborhoods, a lasting reminder of when housing was developed from the bottom up. In the late 1800's, as the city experienced industrialization, urbanization, and a population boom with massive immigration, the three-decker provided an easy way to house these communities. Rural outer neighborhoods provided a "blank canvas" for large concentrations of new homes and created affordable paths to ownership, by keeping rents low, fostering mobility, and allowing families to build generational wealth. Compared to tenements around the country, the three-decker was relatively comfortable — three wooden stacked apartments with lots of natural light, front or back porches, and often a small yard. The architecture mimicked the early housing built by the English colonists, and disguised three-family housing in homes that “looked” like a single-family house.

Anti-immigration and racist backlash grew at the turn of the 20th century, and wealthy housing reformers worked to ban the construction of three-deckers, advocating for public housing as an alternative to house the poor. As tenants were mostly working class — southern European, Jewish, and Irish immigrants, — and eventually African American’s during the great migration — the ruling white “Brahmin” class fought to maintain its power, labeling three-deckers a “menace,” eventually leading to a ban on their construction in the 1930's. Under the veneer of knowing what was best for and “helping the poor,” — three-deckers shifted to alternatives such as public housing. The consequences of these actions are part of a legacy of racist and anti-poor housing policies, that inadvertently helped build the framework of today's housing landscape.

Archive images showing the ways in which triple-deckers came to be in the city of Boston over the years.

At the start of this year (2020), we began having community conversations with residents about their own experiences with triple-deckers, treading and connecting these same stories to the larger context and history of this building type. Below are a few quotes from our February community conversation at the Egleston Square Branch of the Boston Public Library, as well as our Triple-Decker Thursday calls in May — informal virtual one-on-one conversations that took place after the declaration of the state’s COVID-19 State of Emergency. We spoke with past and current Boston residents, as they recalled a few moments that lastingly marked their definition of home. 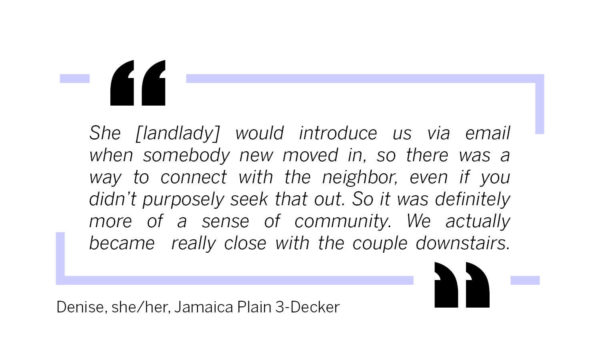 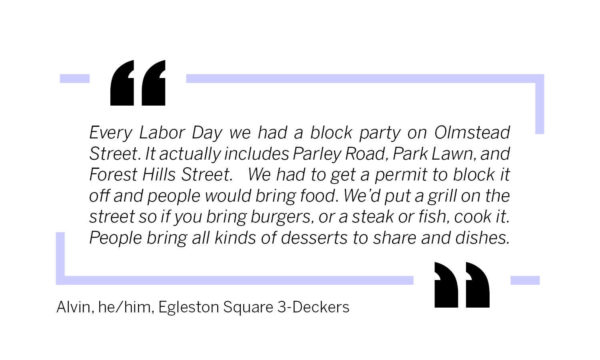 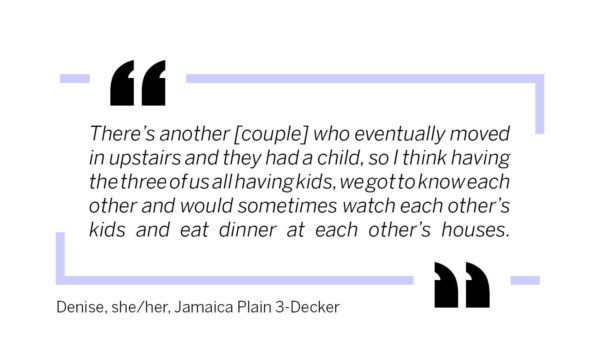 Also in Past, Present, and Future-Decker