Harborwalk-ing in a Winter Wonderland!

Our brownstone holiday cross-section takes its basis from the new seawall of the redesigned Langone and Puopolo parks along the Harbor-walk, only a six minute walk from the office. Flansburgh Architects has called the North End home for almost sixty years, and Boston’s Coastal Resilience report shows that the wharves surrounding the neighborhood, as well as some interior areas, are at long-term risk of flooding. The seawall innovation – leaving the existing seawall but creating a taller seawall further back from the water, hanging a bench off of it, and designing both bench and boardwalk to be able to be raised higher up the seawall over time – sparked inspiration for our gingerbread house and hope for a resilient North End. Our favorite part of the house is the marbled fondant wallpaper! (Push the button to make the walkway come alive!) 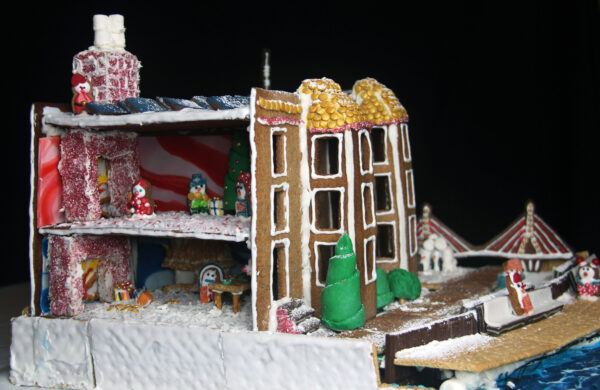 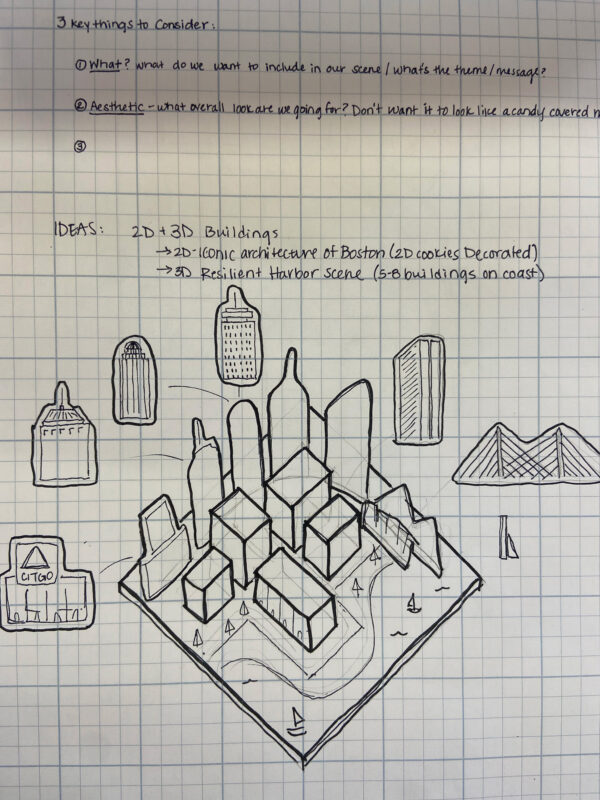 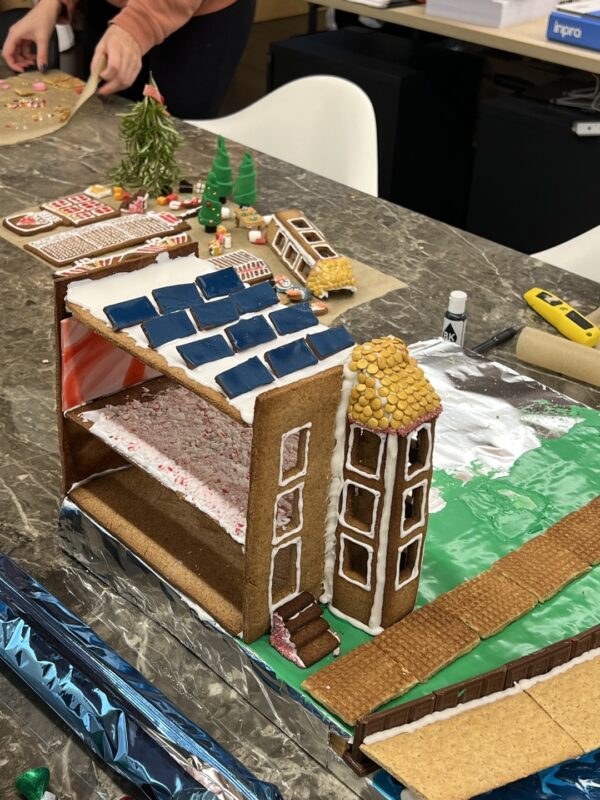